On air/online: Thursday, Jan. 12; Friday, Jan. 13; Saturday, Jan. 14 and Sunday, Jan. 15 – The Thacker Mountain Radio Hour welcomes country music stars Chapel Hart! This show was recorded on July 23, 2022 in front of a packed house at the Neshoba County Fair, outside of Philadelphia, MS.

The show took place just days after Chapel Hart wowed the judges, audience, Dolly Parton and the world with their “Golden Buzzer” appearance on NBC-TV’s America’s Got Talent.

The Neshoba County Fair Show is sponsored in part by…

Chapel Hart are sisters Danica and Devynn Hart and their cousin, Trea Swindle, all from Poplarville, MS. Taking their name from a church in their hometown, the trio has released two albums, Out the Mud and their latest, The Girls Are Back in Town.

Chapel Hart’s single, “You Can Have Him, Jolene,” an “answer” song to Dolly Parton’s Jolene, exploded onto the charts after the trio sang the song and brought down the house on America’s Got Talent.

Since that electtifying appearance, the group has played the Grand Ole Opry, recorded with Darius Rucker and embarked on a cross-country headlining tour.

The group played our show mere days after their Talent appearance and all nearby hotel rooms were sold out and our crowd swelled and spilled out all around the Neshoba County Fair’s Founder’s Square Pavilion.

The harmonizing trio, currently based in New Orleans, have drawn comparisons to SHeDAISY and The Chicks, and were recently selected by Country Music Television as one of their, “Next Women of Country Music.”

Chapel Hart is “gift wrapping their Mississippi roots and Louisiana spunk to share with listeners around the world.” 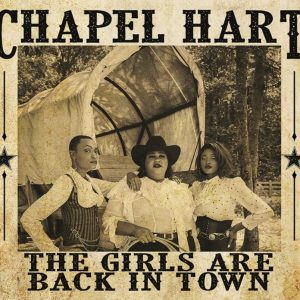 Harrison Scott Key won the James Thurber Prize for Humor for his memoir, The World’s Largest Man (Harper), a true story, as he explains, about “what it’s like to be related to insane people from Mississippi.” Key was born in Memphis and grew up in Mississippi.

His follow-book is, Congratulations, Who Are You Again? (Harper Perennial), a “true story about how modest professional ambition can nearly destroy you and those you love most.”

Key teaches writing at the Savannah College of Art and Design (SCAD) in Savannah, Georgia, where he lives with his wife and three children. 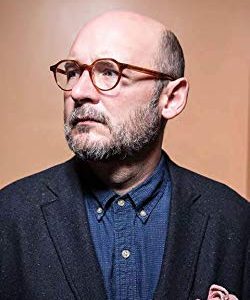 Charlie Mars is a journeyman-songwriting troubadour, who, over two decades of touring and recording, has amassed a loyal, national fanbase. His country and folk-inflected pop is topped by his warm vocal croon and his knack for crafting poignant, earthy songs.

His albums include, Beach Town, The Money, Like a Bird, Like a Plane and Blackberry Light. Recent singles include Things You Don’t Want To Know. 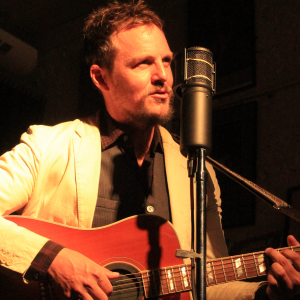