At the Lyric Oxford with the Oxford Conference for the Book

Thursday, March 30 at 6 pm – Celebrating the Oxford Conference For The Book!

Music: Charlie Parr (Last of the Better Days Ahead)

Nic Brown is the author of a memoir based on his music career as a drummer, Bang Bang Crash (Counterpoint). In the mid-1990s, fresh out of high school, Brown was living his childhood dream: a rock and roll drummer, signed to a major label, playing big shows, hitting the charts, giving interviews in Rolling Stone and appearing on The Tonight Show.

And yet… he decided to become a writer, embarking on a journey leading him to attend the Iowa Writers’ Workshop, publish novels and short stories, and teach literature to college students across the country.

Bang Bang Crash is the story of Brown’s unusual journey to discover an even greater life of artistic fulfillment.

Nic Brown’s previous books include the novels In Every Way, Doubles, and Floodmarkers, which was selected as an Editors’ Choice by The New York Times Book Review.

A graduate of Columbia University and the Iowa Writers’ Workshop, he has served as the Grisham Writer-in-Residence at the University of Mississippi and is now an associate professor of creative writing at Clemson University. 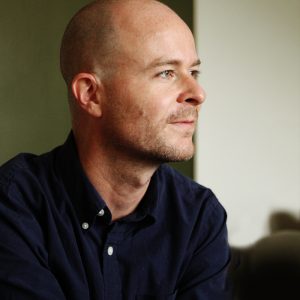 Minnesota-born roots musician Charlie Parr plays a Mule resonator, National resonator guitar, a fretless open-back banjo, and a twelve-string guitar, often in the Piedmont blues style. Among his thirteen albums are his most recent: Dog (2017), CHARLIE PARR (2019), and Last of the Better Days Ahead (2021). 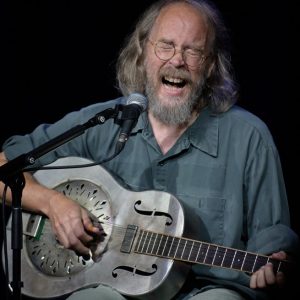