A glamorous getaway aboard a billionaire's yacht, New Orleans blues and 'songs you can't live without'

Saturday, October 17, The Thacker Mountain Radio Hour takes a glamorous vacation… until it’s not – plus rockin’ New Orleans blues and a visit by one of our favorites, Marshall Chapman!

Katherine St. John’s debut novel is The Lion’s Den (Grand Central Publishing). A dream vacation on a luxurious yacht turns deadly in this pulse-pounding beach read about glamour, friendship, romance, and betrayal on the Riviera.

Belle likes to think herself immune to the dizzying effects of fabulous wealth. But when her best friend, Summer, invites her on a glamorous girls’ getaway to the Mediterranean aboard her billionaire boyfriend’s yacht, the only sensible answer is yes. Belle hopes the trip will be a much-needed break from her stalled acting career and uniquely humiliating waitressing job, but once aboard the luxurious Lion’s Den, it becomes clear that all is not as it seems.

The dream vacation quickly devolves into a nightmare as Belle and the handful of other girlfriends Summer has invited are treated more like prisoners than guests.

“St. John wraps a fun yarn around a sinister mystery . . . Toss in a dysfunctional family dynamic . . . and you’re off to the regatta. After all, a vacation gone wrong is great fun, as long as you’re not on it.”—New York Times

Katherine St. John is a native of Mississippi and graduate of the University of Southern California. 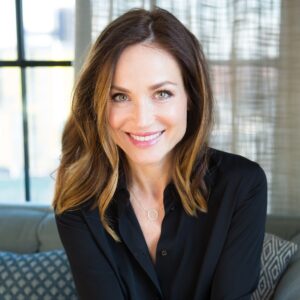 Veteran Nashville songwriter Marshall Chapman has just released a covers album, Songs I Can’t Live Without (Tall Girl Records). To date, she has released 14 albums including her 2013 release, Blaze of Glory.

In its review of Songs I Can’t Live Without, the Associated Press wrote: “… [Chapman has] become a fine songwriter, but it’s her skills as a interpreter that make this album — her 14th — perhaps her best.”

Her film roles include Mississippi Grind (2015) in which she plays the blues-singing mother of a drifter-gambler played by Ryan Reynolds. In Novitiate, which opened to rave reviews at the 2017 Sundance Film Festival, she plays a nun who loses her mind.

Chapman’s first book, Goodbye, Little Rock and Roller (St. Martin’s Press) was a 2004 SIBA Book Award finalist, and finalist for the Southern Book Critics Circle Award. A later book, They Came to Nashville, was nominated for the 2011 SIBA Book Award for nonfiction. Chapman is a contributing editor to Garden & Gun.

Marshall is currently featured in “Outlaws & Armadillos: Country’s Roaring ’70s” at the Country Music Hall of Fame & Museum in Nashville. The exhibit will run until Feb. 21, 2022. 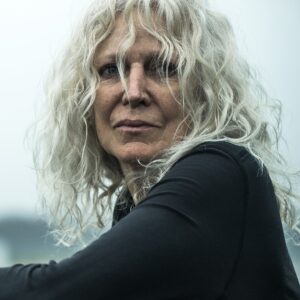 Born Milton Frazier, towering guitarist Alabama Slim of Huntsville (nearly seven feet tall), grew up playing in the juke joints of Alabama and moved to New Orleans in the 1960s where he worked with guitarist Little Freddie King. The two eventually recorded an album, The Mighty Flood (2007). Before the pandemic, Slim toured widely in this country and abroad. He is currently featured on several compilations by Music Maker Recordings including, 2019’s Blue Muse and Listener’s Circle Vol. 29; 2016’s Blues Sweet Blue; and 2010’s Music Maker Revue: Live in Europe as well as his earlier solo album, Blue and Lonesome (2010). 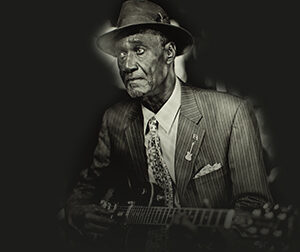