Join us for Special Guests: Oscar/Grammy winner Paul Williams with screenwriter Tracey Jackson with music: rocker Tyler Keith and Delta-based rock band, The Shoe Birds.  Hear it live on the radio 92.1 FM or online at www.myrebelradio.com. The show is hosted by Jim Dees and Thacker house band, the Yalobushwhackers.

Paul Williams and screenwriter Tracey Jackson have collaborated on their first book, Gratitude and Trust: Six Affirmations That Will Change Your Life,” (Blue Rider Press.) Using the principles of addiction-recovery programs, Williams and Jackson have crafted a six-step process geared toward helping everyone – alcoholics, addicts and non-addicts alike – make it through the pain and difficulties of everyday life.

Williams earned an Oscar with Barbra Streisand for their song “Evergreen” for “A Star is Born” in 1976. With Kenny Ascher, he penned Kermit the Frog’s signature number, “The Rainbow Connection.” Last year, he took home an “Album of the Year” Grammy thanks to his contributions to Daft Punk’s hit LP, “Random Access Memories.” Williams and Jackson will discuss their book and Williams will perform with the Yalobushwhackers. 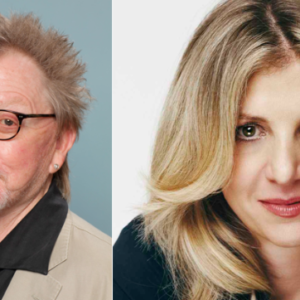 The Shoe Birds are a rock band from Memphis and the Mississippi Delta led by songwriter-guitarists Norman Adcox and Scott Coopwood. They cite southern literature as a major influence. (The band’s name comes from a Eudora Welty children’s book). The band’s latest CD is, 29 Years, in which they were backed by gospel singer Amy Grant’s touring band: Pat Buchanan (guitar), Greg Morrow (drums), Alison Prestwood (bass), and Tony Harrell (piano and organ) with vocals by former Miss Mississippi Kristian Dambrino. 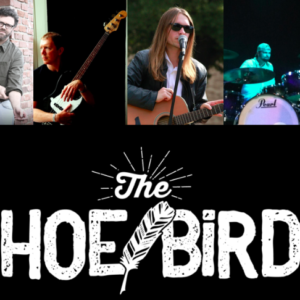 Check out the show!