Focus on the South in photos, history, songs and truth!

January 20-22  The Thacker Mountain Radio Hour will welcome back Dr. William R. Ferris and his book of history and photos, I Am A Man: Photographs of the Civil Rights Movement 1960-1970. Our musical guests will be Appalachian string band, The Wildmans and Memphis soul legend, Don Bryant!

Hosts: Jim Dees and our house band, the Yalobuswhackers

The photographs featured in I Am A Man: Photographs of the Civil Rights Movement, 1960-1970 (University Press of Mississippi) bear witness to the courage of protesters who faced unimaginable violence and brutality as well as the quiet determination of the elderly and the angry commitment of the young.

Talented photographers documented that decade and captured both the bravery of civil rights workers and the violence they faced.

Most notably, this book features the work of Bob Adelman, Dan Budnik, Doris Derby, Roland Freeman, Danny Lyon, Art Shay, and Ernest Withers. Like the fabled music and tales of the American South, their photographs document the region’s past, its people, and the places that shaped their lives.

William R. Ferris is the Joel R. Williamson Eminent Professor of History Emeritus at the University of North Carolina at Chapel Hill and the senior associate director emeritus of its Center for the Study of the American South.

The former chairman of the National Endowment for the Humanities (1997-2001), Ferris has written or edited ten books, created fifteen documentary films, and his most recent work, Voices of Mississippi, won two Grammy Awards for Best Liner Notes and for Best Historical Album in 2019. 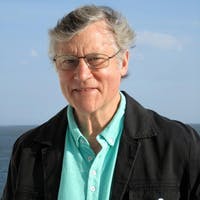 Memphis songwriter Don Bryant was nominated for his very first Grammy (at age 78) this year in the Best Traditional Blues category for his latest album, You Make Me Feel (Fat Possum).

Bryant is best known for his 1974 Top Ten Hit, “I Can’t Stand the Rain” sung by his wife, Ann Peebles, and co-written with her, Bryant and Bernie Miller. In recent years Bryant has toured and recorded as a songwriter and also as a powerful vocalist. His 2017 “comeback” release, Don’t Give Up on Love, signaled his return to the stage after caring for Peebles who suffered a stroke.

His most recent release, You Make Me Feel, includes a remake of his soul classic, 99 Pounds. 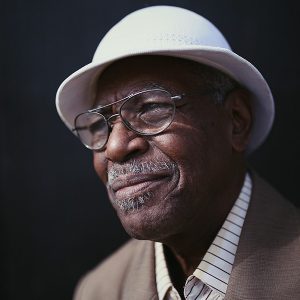 The neo-traditional string band, The Wildmans come from the hills of Floyd, Virginia. The group features the award-winning talents of siblings Eli and Aila Wildman on mandolin, fiddle and vocals, joined by gifted banjoist Victor Furtado.  All three have won some of the most respected top awards in the old time Appalachian music field.

Their releases include Wandering Thoughts, and their latest, The Wildmans. 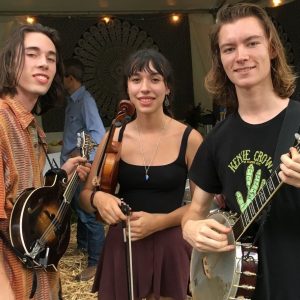