Tales of the Islander!

An evening of New Orleans tunes and the extraordinary art of Walter Anderson in Ocean Springs, MS!

Presented by the R&B Feder Foundation.

Lavishly illustrated, Walter Anderson: The Extraordinary Life and Art of the Islander is a comprehensive book that presents the amazing world of painter, Walter Inglis Anderson (1903-1965).  His utterly unique story is told through a thoughtful progression of his art and through poignant observations by his wife, Sissy, and their four children: Mary, Billy, Leif, and John (who also wrote the foreword).

A companion televison documentary of the same name, won the 2022 Regional Emmy for Outstanding Documentary – Historical, at the recent Southeast EMMY Awards.

Robert St. John is the author of eleven books. He is a restaurantuer in Hattiesburg, Mississippi and the creator, producer, and co-host of the PBS food and art series, Palate to Palette.

He is the founder of Extra Table, a nonprofit organization providing healthy food to Mississippi soup kitchens and pantries. He and his wife, Jill, have two children, Holleman and Harrison.

Anthony Thaxton has won awards as a painter, educator, television director, and filmmaker.

He writes, directs, films, and edits the Palate to Palette television series through his production company, Thaxton Studios.

Thaxton enjoys playing music with his son, painting with his daughter, and traveling with his beautiful wife. 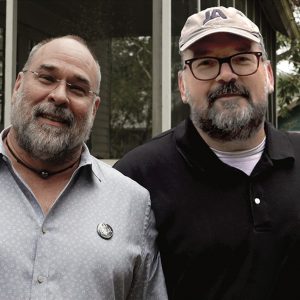 The Original Pinettes Brass Band was formed by Mr. Jefferey Herbert in 1991. Each member was born and raised in New Orleans and attended St. Mary’s Academy High School the historically black all-girl Catholic school. Beginning with sixteen or more members, the Original Pinettes ended up with not only St. Mary’s students, but other female musicians around the city.

Currently the Pinettes tour with eight members. Their albums include Finally and Live at Jazz Fest 2018. 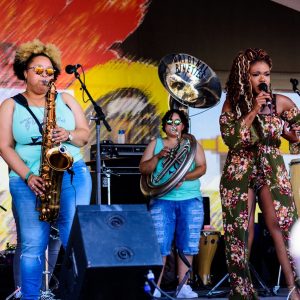 When the band formed in 2004, Gal Holiday and the Honky Tonk Revue were at the vanguard of New Orleans’ now-thriving country scene, and they’ve remained in a league of their own ever since.

Sometimes called “The Punk Rock Patsy Cline,” “The Gal” is Vanessa Niemann, an Appalachian-born songstress who has lent her powerful voice and magnetic stage presence to various musical projects in New Orleans and around the country.

Niemann is a recent inductee into the Hall of Master Folk Artists at the Louisiana Folklife Center.

The Revue’s latest release is the album, Let’s Run Away. 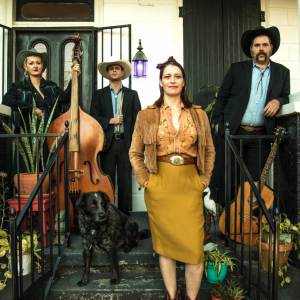