Thacker in the Grove – Wingwalking through a “World of Wonders”

Thursday, June 30, Friday, July 1, and Saturday, July 2– The Thacker Mountain Radio Hour returns to the historic Grove on the campus of the University of Mississippi to kick off the Summer Sunset Series. This year we’re toasting our friends at the Yoknapatawpha Arts Council and their 50th anniversary!

Guests on the Grove show:

Hosts:  Jim Dees and our house band, the Yalobushwhackers

Keep up with our friends at the Yoknapatawpha Arts Council.

Summer Sunset Series is a community event made possible through a collaboration of Visit Oxford, Yoknapatawpha Arts Council, the Center for the Study of Southern Culture, the University of Mississippi Museum, the Ford Center for Performing Arts, the Oxford-Lafayette County Chamber of Commerce and the Mississippi Arts Commission.

Aimee Nezhukumatathil is the author of the New York Times bestseller, World of Wonders – In Praise of Fireflies, Whale Sharks, and Other Astonishments (milkweed editions). The essay collection was a finalist for the Kirkus Prize and was named Barnes and Noble’s Book of the Year.

It was also named a Book of the Year by the New York Times, NPR, Wall Street Journal, Smithsonian Magazine, Lit Hub, Indie Next, Esquire, Garden and Gun and New York Public Library

Nezhukumatathil is the author of four books of poetry, most recently, Oceanic, winner of the Mississippi Institute of Arts and Letters award. Awards for her writing include Guggenheim and NEA fellowships. 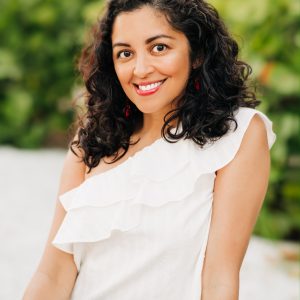 Taylor Brown’s latest novel is Wingwalkers (St. Martin’s Press), an epic historical novel about a female wingwalker and her husband, a former World War I ace pilot, and their journey across Depression-era America performing acts of aerial daring, while a young William Faulkner attempts to take creative flight.

In 1934, during Mardi Gras in New Orleans, William Faulkner had a brief but memorable encounter with two aviator-motorcyclists (a man and a woman), whom he joined in drinking, carousing, and flying. Upon learning this little-known fact, Taylor Brown wondered about this mysterious duo. Who were they and how did their lives intersect with Faulkner’s?

In Wingwalkers, Brown takes this tantalizing tidbit from Faulkner’s real life and sets it aloft by imagining the lives of this adventurous couple and how their paths came to cross with his.

Many scenes and chapters are set in Oxford. Brown gives voice to Faulkner, his brothers Johncy and Dean, their beloved Mammie Callie and even skeptical Oxford townsfolk who scoffed at the fancified Faulkner as “Count No Count.”

“Vivid writing…  A wondrous tale, mixing fact and fiction, with colorful details of the Depression-era United States as backdrop.”

Taylor Brown grew up on the Georgia coast. He has lived in Buenos Aires, San Francisco, and the mountains of western North Carolina.

He is the recipient of the Montana Prize in Fiction and a three-time finalist for the Southern Book Prize. His novels include Fallen Land, The River of Kings, Gods of Howl Mountain, and Pride of Eden. He lives in Savannah, Georgia. 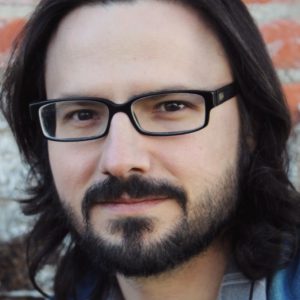 Singer-songwriter Kate Teague’s releases include the EP, Kate Teague, and the singles, The Temporary and Play For Time. A new album is forthcoming. 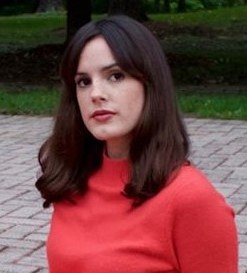 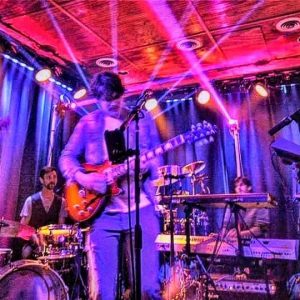