Author: Charles Frazier (author of Cold Mountain) with his newest, The Trackers

In The Trackers (Ecco) the new novel by Cold Mountain author Charles Frazier, we meet a wealthy art lover, John Long and his wife Eve in Depression-era Wyoming. Rumors and intrigue surround the couple: Eve left behind an itinerant life riding the rails and singing in a western swing band. Long holds shady political aspirations.

When Eve flees home with a valuable painting, Long recruits a lovelorn WPA muralist, Val Welch, to retrieve it.

From ramshackle Hoovervilles to San Francisco nightclubs to the swamps of Florida, Val’s search for Eve narrows, and he soon turns up explosive secrets.

“Frazier is a gifted stylist… his gritty portrait of America in the depths of the Depression rings true, as do the character details.” – Publisher’s Weekly

Charles Frazier is the author of Cold Mountain, an international bestseller that won the National Book Award and was adapted into an Academy-Award winning film by Anthony Minghella. He is also the author of the bestselling novels, Thirteen Moons and Nightwoods. 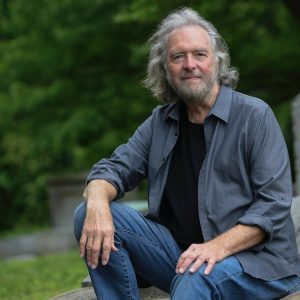 Ryan Lee Crosby is a blues guitarist/vocalist from the Boston area, “a former English major and post-punk rocker who can channel 1930s Mississippi.”

His latest album, Winter Hill Blues was produced by Bruce Watson, (Fat Possum producer of R.L. Burnside and Junior Kimbrough). At age 32, Ryan Lee Crosby heard the music of Skip James for the first time, and it changed his life.

He began annual visits to Bentonia, Mississippi to apprentice with Jimmy “Duck” Holmes, the last living bluesman to learn from James’ mentor, Henry Stuckey (1896–1969). Crosby also says the trips were therapeutic following the loss of both his parents to illness.

Crosby’s previous releases include the albums, River Music and Live in Germany and the singles, Down So Long and Wish I Was in Heaven Sitting Down.

Born in Maryland, Crosby grew up in Fairfax, Virginia and moved to Boston in 1998, at age 18.

He started the Boston-based post-punk rock group, Cancer to the Stars, in 2000. The group played area clubs — T.T. the Bear’s Place, The Middle East, Lizard Lounge — before breaking up in 2004. 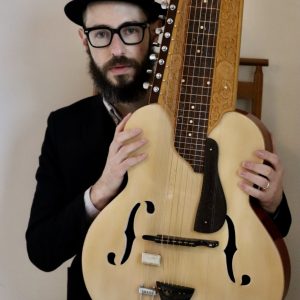